Shaking the Tree melds the boundaries of theatre and visual art by presenting audiences with unconventional theatrical experiences in our non-traditional warehouse space. Founded in 2003, Shaking the Tree uses innovative ways to inhabit space, and positions itself at the intersection of innovation, activism and groundbreaking theatricality to allow audiences to experience a deeper, more active connection to the work.

How did the name Shaking the Tree originate?

​Shaking the Tree's name comes from a mishmash of mythology and fairytale: The Bodhi Tree, The flowering Apple Tree, the Silver Pear Tree, but mostly the Golden Apple Tree from the Grimm Brothers’ fairy tale, Mother Holly. In this tale the young heroin comes up to a tree laden with apples. The Tree says "Shake me. Shake me. We apples are all ripe." So she shakes the tree until the apples fall as though it were raining golden apples. When there are none left in the tree, she gathers them into a pile, and then continues on her way.

"I love this idea of the young heroine doing her soul work in the underworld of Mother Holly. The important and necessary work of imagining and creating." ~Samantha Van Der Merwe 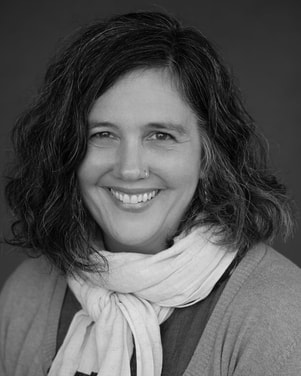 Samantha Van Der Merwe (she/her) - Founding Artistic Director
"She creates lush, often dark and fantastical, environments that bring home the hard issues we need to face but are often unwilling to do on a daily basis. It’s a vision that needs to be supported because in her hands, some plays can be transformative."
Born in Johannesburg, South Africa, Samantha Van Der Merwe has now lived in the United States for 26 years, and is the founding Artistic Director of Shaking the Tree Theatre in Portland, OR.
Founded in 2003, Shaking the Tree Theatre has become known for melding the boundaries of theatre and visual art by presenting thrilling and unconventional theatrical experiences. 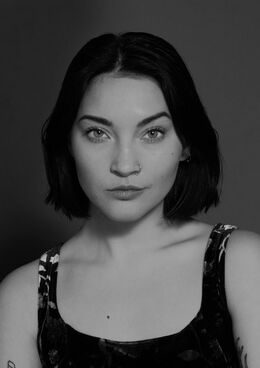 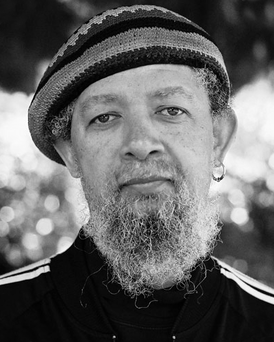 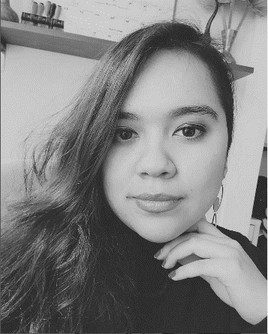 Kelly Novahom (she/her) - Education & Community Programs Director
Kelly Novahom (she/her/hers) is a queer Filipino/Mexican American creative, educator, community organizer, and volunteer/member of APANO’s Art & Media Project, a group that centers the work of creatives and cultural workers in advancement of social justice issues. As a Program Manager at Center for Community Engagement at Lewis & Clark Graduate School of Education and Counseling, her work strives to bring social justice focused continuing education opportunities to writers, educators, and counselors.
Her current focus is providing affinity spaces for Asian Pacific American queer and trans children, youth, and adults and their supportive families through art and community spaces to thrive and build community. Her most recent work includes co-producing Coming Out & Overcoming, with Theatre Diaspora and Artist Repertory Theatre, a storytelling project that seeks to provide that connection and opportunity to center our narratives and ask ourselves what it means to fully live in our multiple identities as queer and trans Asian Americans and Pacific Islanders (AAPI). She has also guest curated and co-produced events such as the APANO Annual East Portland Arts & Literary Festival and the Portland launch event for the Pilipinx Radical Imagination Reader with Whitenoise Project.

Shaking The Tree Board of Directors