﻿Shaking the Tree performed Orpheus and Eurydice~ A site specific journey play, at Portland Center Stage's JAW Festival in July 2016, in the Ellyn Bye Studio Lobby at the Armory 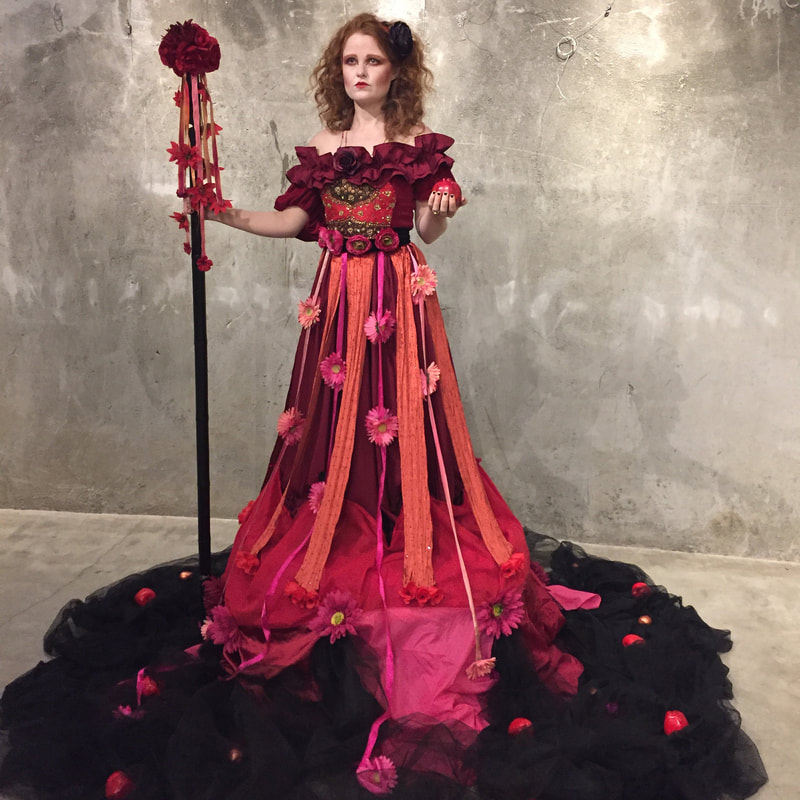 About Orpheus and Eurydice

A Processional Tragedy
The audience met in the Lobby of the Ellyn Bye Studio and followed Orpheus in procession as he attempted to rescue his love.

Background
Orpheus married the beautiful nymph Eurydice. But on their wedding day she was bitten by a poisonous snake and died.

A Bargain at The Gates of Hell
Distraught and desperate to be reunited with his beloved Eurydice, Orpheus journeys to the Underworld to beg Persephone, the Queen to return her to him. The Queen agrees to let Eurydice return to the world of the living on one condition; Orpheus must not look back at Eurydice until they were both completely out of the Underworld or she would be lost to him once more.

The stony steps will lead the way
As he ascends and plays his lyre, even the cold spirits of the Underworld weep. Silently they make the arduous, dark climb.

The opening is reached
Orpheus steps out joyfully into the daylight. Then he turns to his love...
Starring:
Matthew Kerrigan as Orpheus
Rebecca Ridenour as Persephone
Katie Watkins as Eurydice