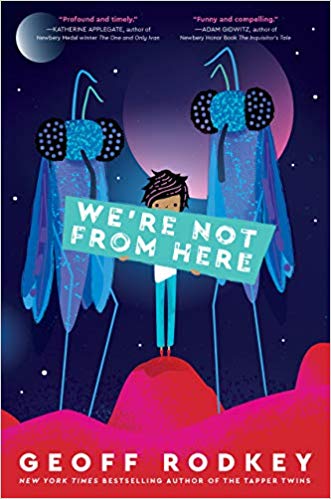 (There will be a performance at 5pm at the final class)

"The first time I heard about Planet Choom, we'd been on Mars for almost a year. But life on the Mars station was grim, and since Earth was no longer an option (we may have blown it up), it was time to find a new home.

That's how we ended up on Choom with the Zhuri. They're very smart. They also look like giant mosquitos. But that's not why it's so hard to live here. There's a lot that the Zhuri don't like: singing (just ask my sister, Ila), comedy (one joke got me sent to the principal's office), or any kind of emotion. The biggest problem, though? The Zhuri don't like us. And if humankind is going to survive, it's up to my family to change their minds. No pressure."

Each week, we will work on a new scene from the story, we will eventually pick our favorite scene/s to perform for family and friends at our final class.